This is the first in a series of 12 blog posts showcasing the achievements of the finalists of the 2020 ANA Genius Awards, presented by Neustar. The 2020 Genius Awards winners will be announced at the 2020 ANA Masters of Marketing Conference, held October 21-23. 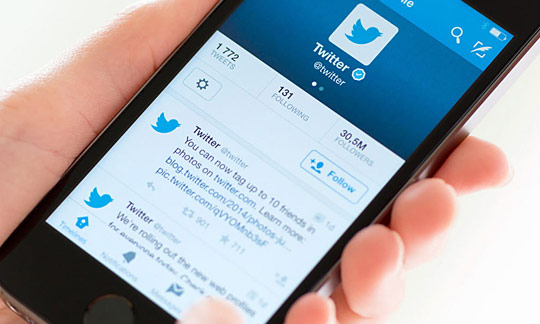 As one of the largest open data sets in the world, with millions of tweets created on the platform within any given day, Twitter is a veritable goldmine of customer data. The challenge for the brand itself and its clients—companies that advertise on the social network—has been the process of mining this data to gather meaningful insights, efficiently and at scale.

Here's how the company has overcome hurdles to democratize data internally across a company of 5,000 employees and how it has enabled the Twitter sales team to better support more than 1,400 global advertising clients.

Democratize access to Twitter's wealth of customer insights to its 5,000 employees

Twitter's repository of tweets packs a wealth of data, that, when analyzed, reveal insights about global trends, what people care about, what events are unfolding, what movements are taking shape—what's happening anywhere in the world at any given moment in time.

For Twitter employees and advertisers, these tweets also tell the story of who is using the platform and why.

But until the end of last year, only skilled data analysts and researchers with technical expertise within the company could access and leverage the data necessary to uncover key insights. And with the role of accessing and maintaining the data spread across teams, data sources, and formats, it took two to three days to generate one single report.

"We have access to so much conversational insight—anthropological data, you could describe it—and yet there was a real irony in the way those data and the insights related to them were not 'democratized' inside our own organization," said Tim Perzyk, VP Global Market Insights and Analytics, Twitter.

The company faced a huge challenge: How could it enable each of its 5,000 employees to better understand the richness of how people were using Twitter?

Not only that, Twitter had a culture of internal data gatekeeping to overcome among its researchers who saw themselves as the technical experts responsible for gathering and interpreting hard-to-uncover insights, explained Matt Taylor, Director Audience Insights, Twitter.

Bringing together a cross-functional group including marketing analysts, data scientists, and engineering support representing the needs of several functions including sales, marketing, analytics, communications, IT, and legal, Twitter worked to produce an internal "Insights Engine." The goal was to create a tool that could enable any employee—with or without a technical background—to access the company's global conversational data to develop insights that could be applied across the business.

The immediate objective was to help the sales team proactively respond to conversations unfolding on the platform and pull relevant insights to share with advertisers, without having to enlist the support of the company's audience insights team. At the same time, the company realized a need to support the marketing team with real-time insights to inform campaigns and activations, provide the communications team with access to conversation trends that might need to be addressed, and other use cases.

This cross-functional collaboration gave birth to the Insights Engine. With a simple data request form that lets users set key parameters—such as search time periods, Twitter conversation topics, and geographic and demographic filters—internal stakeholders can get the information they're looking for through a process that takes a matter of one to three hours, down from what used to take two to three days.

During a testing period, Twitter rolled out an early version of the tool with the company's sales and brand strategy teams, creating a feedback loop with the company's Twitter Data Operations team to drive improvements in the process, and then expanded training modules—in person and online—to educate stakeholders on the tool UI, how to interpret the metrics and contextualize results, and on use cases for leveraging the tool.

Lastly, they created Keynote templates so employees could translate the data into visualizations that could easily be disseminated.

Since creating the Insights Engine at the end of 2019, employees within the company have generated more than 2,000 self-serve reports, with the growth in usage of the tool climbing 35% month over month.

Projects that used to take two weeks to turn around can now be produced within a single day.

"One of the biggest benefits of the Insights Engine tool is simply workflow efficiency," said Bobby Grasberger, Director Head of Twitter Next Lab. "Rather than asking a team to look for data, we found that...it's been really powerful to have the data in the hands of our nontechnical team members."

More than 350 employees in the North American sales team, supporting more than 1,400 advertising clients, have used the tool, and 90% of internal users have found it to be "immensely helpful" and said they would recommend it to their colleagues.

The Insights Engine currently helps teams generate key metrics around top hashtags, top emojis, user cohorts, media type usage, and more, with the ability to filter by country and segment. In the future, the company's planned enhancements include providing in-depth analysis at the keyword level, and advanced filtering and segmentation as well as expanding the tool to other functions within Twitter.

Measuring social media sentiment has long posed a challenge to analysts. For example, in English the phrase "OMG," could be a positive expression, or negative, depending on the context. "Great work" could be a form of praise or of sarcastic disapproval. At the start of the COVID-19 outbreak, insights team members at Twitter recognized users were taking to the platform to speak about their communities, feelings, safety, and experiences in new ways. They also realized that the task of translating each of these conversations to uncover what people across the world were communicating in the face of this unprecedented global emergency would be difficult to pull off in a scalable way.

Twitter had a hunch: That it would be easier to translate the visual—and universal—language of emoji than it would be to interpret text-based communications.

Take the word "shirt," for instance, there are many other words that can be used to communicate that one item in English alone (blouse, top, T-shirt, etc.), but with emojis, there are only a few choices to globally convey the meaning of "shirt."

To test out their theory, Twitter built a custom global analysis across six languages and over 10 markets, analyzing tweet conversation trends through the lens of emojis. The undertaking involved querying Twitter's internal data repositories, processing billions of tweets, and manually classifying the emojis by category. The research and analytics teams collaborated with region team members to ensure accuracy.

By comparing the data available before the coronavirus outbreak to content created after the start of the pandemic, they discovered unique patterns in behaviors and expressions of sentiment.

The results of this analysis impacted several internal functions. Twitter's product and design team created a new Twitter custom emoji for gratitude since there previously hadn't been one on the platform. The Twitter sales team leveraged this analysis to help advertisers shape their marketing strategy. From a PR perspective, the analysis has received worldwide media coverage, including from People Magazine and Good Morning America.

And, semantic analysis of emoji has now become an ongoing practice and means of quantifying all kinds of conversations happening on Twitter.

To democratize access to these storytelling insights, Twitter has developed a dashboard that will allow anyone within the company to have one-click access to up-to-the-day emoji trends and usage patterns, which the company's sales team can use to inform clients' advertising strategies.

Learn more about the rest of this year's 2020 Genius Awards Finalists here.

Find Out Where You Stand in 'The Great Marketing Debate'

Are Your Media Partners Ignoring ID Deprecation? Find Out Before They Hurt Your Business