This is the fourth of 11 posts Neustar will be running to highlight the achievements of the 2019 ANA Genius Awards finalists. Winners will be announced during ANA Masters of Marketing Week, Oct 2-5. 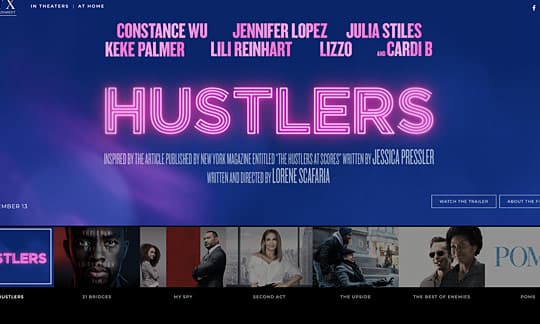 The production company behind The Upside and Hustlers uses data analytics to find new audiences.

It’s hard to be a startup in the entertainment industry. Not only is it difficult to identify a market segment for your particular films, it’s tough to track where your money goes since 50% of all movie sales are made in cash. STX Entertainment found themselves with all of these problems, plus all the problems of a startup – there was no data foundation to build off of, no databases or analytics tools to build off of, and a smaller pool of prospects to begin with.

STX Entertainment began a cross-departmental program to develop an analytics initiative they call B.O.S.S. – Business Outcomes, Strategy and Systems. Distribution, IT, and marketing departments were all asked to contribute, and the C-Suite provided funding based on their promises of improved marketing efficiency. No pressure!

The first big challenge at STX was figuring out who their customers were – again, it's tough to know who your moviegoers are when  they pay in cash or through a movie theater chain's ticketing system. STX solved this problem by implementing a sophisticated identity solution*. This enabled the studio to connect moviegoers to their social media profiles, and then connect those moviegoers back to specific, STX-produced movie titles.

By implementing B.O.S.S., STX Entertainment was able to trace their potential audience from trailer reactions to opening night audience turnout. This gave STX preternatural visibility into ticket sales for upcoming movies – and it helped them make guarantees that other studios could not. For example, they were confident that The Upside (2018), would beat box office expectations, and they weren’t surprised when the film went on to make over $100 million USD.

In addition, STX was able to drive marketing awareness for The Upside and other films - like their more recent blockbuster Hustlers, without unnecessarily overextending their resources. They were able to beat box office expectations – with 12 film titles achieving profitability out of 14 releases – while spending 40% to 60% less than the competition.

Movie marketing has long been more art than science, due to the audience data disconnect between film studios and theater distribution. Starting from zero, STX Entertainment was able to break the mold, creating moviegoing experiences to delight patrons without overspending their marketing investment.

*STX Entertainment is a Neustar client.

Why Standardization is Important for IoT Security