This is the tenth of 11 posts Neustar will be running to highlight the achievements of the 2019 ANA Genius Awards finalists. Winners will be announced during ANA Masters of Marketing Week, Oct 2-5. 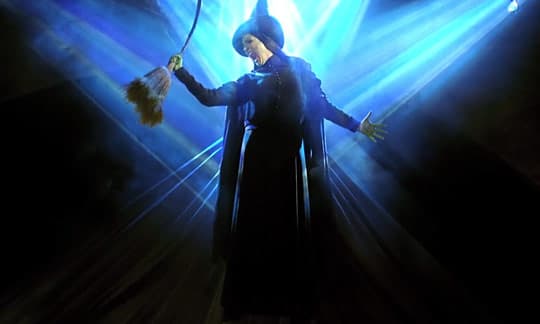 BETWEEN A BLOCKBUSTER AND A HARD PLACE: BUSTING MYTHS ABOUT FIRST-TIME BROADWAY BLOCKBUSTER BUYERS IN PITTSBURGH'S CULTURAL DISTRICT

What is the rate of reactivation when it comes to Pittsburgh’s Cultural Trust theatergoers?

Everyone loves a big show! – except, perhaps, for the people who fund them. This was a problem for the Pittsburgh Cultural Trust, a non-profit arts organization created in 1984 by H.J. “Jack” Heinz, former CEO of H.J. Heinz and grandson of the founder. The Cultural Trust serves the Pittsburgh Cultural District, a 14-square block area in downtown Pittsburgh, now one of the country’s largest areas “curated” by a non-profit organization. The Cultural Trust manages over one million square feet of property, including multiple theaters, art galleries, public art projects, and urban parks. The issue was that, while audiences loved going to see lavish Broadway productions, other District venues worried. They believed that audiences would come to the District once to see a Broadway blockbuster like Hamilton, and then never again – making funding these shows a losing proposition for other local organizations that wanted to see the benefits of repeat business.

The trustees of Pittsburgh’s Cultural Trust wanted to dispel this myth once and for all. They believed that putting on Broadway extravaganzas was an effective way to build community excitement for other ventures such as the Pittsburgh Ballet Theater, the Pittsburgh Opera, and the Pittsburgh Symphony Orchestra.

The Pittsburgh Cultural Trust already had a fantastic asset to work with – the smART database. This was a shared database of customer information from each of the arts organization within the district. Its purpose was to allow organizations to cross-sell to various consumers without stepping on each other’s toes (sending ads for productions on the same night) or alienating low-engagement prospects by inundating them with marketing materials.

Lastly, they used tools such as Power Query, Power Pivot, and DAX to create models and visualizations.

The Pittsburgh Cultural Trust profoundly and permanently punctured the myth that first-time Broadway theatergoers never returned to area. In fact, over 56% of Broadway theatergoers reactivated and returned to the District – a rate virtually identical to first timers at other productions. In addition, over 60% of returning theatergoers went to a production other than a Broadway show, meaning that other organizations such as the opera and the ballet frequently benefitted.

The total of 25,000 reactivating households generated over $25 million USD for the Pittsburgh Cultural District, and their value is not yet diminished. Two thirds of the reactivators went on to make at least three ticket purchases, and a large number of them became subscribers. In short, Broadway productions at the Pittsburgh Cultural District have been a gift that keeps on giving.

Big Data isn’t just for big companies. Armed with an ingenious database and crucial insights, this non-profit organization was able to demonstrate just how much their Broadway program benefitted the arts and helped to revitalize Pittsburgh’s downtown area.

Previous: Pearle Vision I Next: Intel

Is Your People-Based Marketing Stacked for Success?

Expanding the life of your enterprise investments