As Mobile Sports Wagering Explodes, So Too Does Fraud

Originally published on US Bets

In sports betting, you learn to take the good with the bad. Cash a gutsy moneyline wager on a 6-point underdog one day, only to see a favorite fail to cover by virtue of a missed extra point or free throw the following evening.

Same goes for the industry at large, where the stakes are typically higher. On the one hand, the rapid legal expansion of mobile sports wagering in the United States has made it a more accessible, transparent, and tightly regulated activity. On the other hand, the sports betting boom has led to a significant spike in proxy betting (like the recent case that got DraftKings fined), bonus abuse, and sophisticated gambling rings that traffic in stolen and fake identities.

“Gaming is one of the top three industries globally for digital fraud attempts,” Declan Raines, head of U.S. gaming for TransUnion, told Sports Handle. “We’re seeing almost a 400 percent increase [between the second quarter of 2020 and the second quarter of 2021]. Obviously, the growth of the U.S. market is the main factor behind that. Right now, the market is so focused on acquisition that the bonuses being extended mean that operators are more exposed.”

Essentially, in the hyper-competitive American marketplace, there’s a tricky balance to strike between smooth onboarding and effective anti-fraud measures. The key, said Raines, is to establish relatively frictionless fraud prevention protocols, which can be as simple as requiring the entry of a one-time passcode or an answer to a question known only to the account registrant should they log in from an unfamiliar device or location.

Bonus abuse is “the most common version of fraud in gaming,” said Raines, who explained, “Someone will sign up for multiple accounts” to access sign-up bonuses and then “engage in additional arbitrage activity, where they’ll take multiple bonuses from multiple books and place wagers on either side to guarantee a win.” 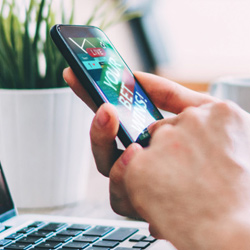 All In, Online. How IP Data Insights Can Give You an Edge by Reducing Fraud and Risk in Gaming and Gambling

With low-level fraud like proxy betting, the No. 1 indicator is the inexplicable movement — or “velocity” — of a device or account. As explained by Danny DiRienzo, senior director of government relations for GeoComply, this type of fraud is typically detected when, for example, “you log in to an account from Washington and, five minutes later, that account is logged into from Tennessee.”

“How many players are using the same device to access an account, inexplicable travel of a device — all of that is indicative of fraud,” added DiRienzo, who was a Secret Service agent for 22 years before landing his current role.

But just how does a device seemingly make its way across the country in the space of a Dua Lipa song? Proxy servers are often part of the mix, said Raines, as are “fake VPNs, remote desktops, software where you can access a device remotely.”

“The fraudsters think they have anonymity,” said DiRienzo. “It’s one thing to walk into a Walmart and use a stolen credit card,” but fake VPNs and proxy servers are a different story.

“Fraud prevention really starts at account registration,” added DiRienzo, touting his company’s IDComplyproduct. “KYC (know your customer) in the digital world really needs to be elevated. … Does their location make sense based on what their identity is?” 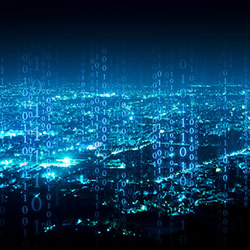 On the other end of the spectrum, said DiRienzo, are “sophisticated proxy schemes where they’re actually acting as a bookie.” Moreover, added Raines, there are fraud rings that steal identities or create “synthetic” ones, which they’ll use to open not only new betting accounts, but also fraudulent bank accounts in which they can transfer and withdraw funds.

Before crossing the pond, Raines worked in sportsbook development in the UK, a more mature market that he views as “somewhat of a looking glass into the nuances of the U.S. market,” where he expects fraud to “increase exponentially due to more states coming online.”

Along these lines, DiRienzo said, “The more states that go live, the numbers grow. But proportionately speaking, I don’t think we’re any different now than we were two years ago. … We believe that speed is king. The faster you identify a fraud ring, the more you can mitigate the fraud that ring causes. Behind those stolen identities, there are real victims of these crimes.”

Neustar News Roundup for the Week of February 1st