This is the 12th in a series of 12 blog posts showcasing the achievements of the finalists of the 2020 ANA Genius Awards, presented by Neustar. The 2020 Genius Awards winners will be announced at the 2020 ANA Masters of Marketing Conference, held October 21-23. 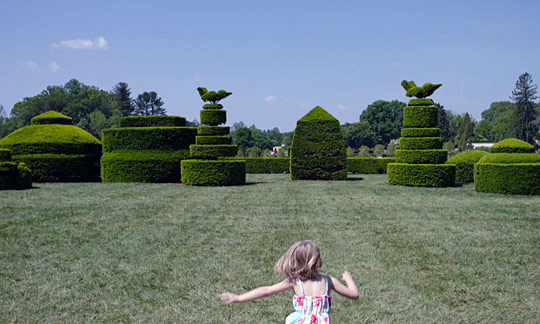 In 2017, Longwood Gardens, a non-profit organization located on over 1,100 acres in the Brandywine Valley in southeastern Pennsylvania, was planning to relaunch its membership program.

With about 60,000 household memberships generating millions in revenue, engagement was at an all-time high for the attraction that regularly appears on must-visit “bucket lists." Still, membership offerings for the destination were 30 to 40% below market rates, and the company was looking to overhaul its membership structure, pricing, and offerings.

Here's how the organization, which has been recognized as one of the world’s great gardens, updated its membership program and launched new acquisition campaigns utilizing a series of tests to increase memberships by 18%, growing its member base to nearly 71,000 households within three years.

Not having run any membership acquisition campaigns for a few years, the company was preparing to adapt their membership program—streamlining the offerings down from 13 levels to five, updating the benefits, and increasing their pricing upwards of 30 to 40%, in line with market rates.

The Longwood Gardens marketing team saw this time of change as the perfect opportunity to rethink and revamp the way they'd always done marketing outreach to drive new membership signups.

"We had a new program with new levels and new pricing and we were testing different tactics, digital tactics, and really using this new approach with modeling versus just purchasing lists," said Nick D'Addezio, Director of Marketing, Longwood Gardens. "The biggest risk was just how effective it was going to be and what learnings we could take from it to be more effective in the future."

Through this exploration, they would eventually build a strategic, rigorous, testing program that would enable the organization to create an acquisition program guided by actual audience behavior, not by internal biases.

Coordinating many variables critical to a successful program reboot, including data modeling

With a goal of growing its member base while improving profitability, Longwood Gardens engaged Elliott Marketing Group (EMG) as a strategic partner to relaunch its customer acquisition approach by:

The Longwood Gardens marketing team examined the core beliefs that had influenced their past decision making and attempted to see which, if any, held up when put through rigorous testing. To inform their overall acquisition strategy, they attempted to answer questions like:

To find answers, the team ran a series of channel tests between fall 2017 and fall 2019 as part of Longwood’s membership acquisition program, focused on reactivating lapsed member households, including testing:

They randomly selected customers from one-to-eight-year lapsed member households, Longwood’s most responsive and profitable target group, for whom they had valid mailing addresses (for direct mail campaigns) and email addresses (for social media campaigns), and who lived within the geographical area targeted by the campaign. All offers and creative approach remained constant across channels.

Based on these campaigns, Longwood Gardens has increased its member households by 18%, from 59,700 to 70,800, over the past three years.

The so-called death of direct mail has been greatly exaggerated. For 75% of the company's lapsed member households, the channel mix with the highest response rate and best return on investment was direct mail in combination with digital display advertising. This mix significantly and consistently outperformed both direct mail alone and another media mix of direct mail combined with social media.

More customer touchpoints are not necessarily better. When they combined direct mail with both display advertising and social media, the response rate and profitability of the Longwood Gardens campaigns dropped. In fact, the response rate was not significantly different than direct mail by itself and was much less profitable.

The company speculated this could be because households felt they might be being "stalked" by the company. Or, the opposite, these targets might have simply tuned the repetitive campaigns out altogether. These theories aside, they noted a sizable drop in response.

Social media by itself can replace a direct mail media mix for select households. For the remaining 25% of lapsed member households, Longwood Gardens targeted, social media was the winning channel, primarily due to lower costs driving higher return on investment. For this group only, there was no significant difference in response rates between social media alone and a combination of direct mail and display advertising channels.

Thanks to these findings, the company can now be "very targeted" with their spend, said D'Addezio. "We've also been able to expand our reach because we're looking at these high-tech users and able to reach out to them in digital ways only at a much lower cost," he added.

This campaign and its learnings have fit well into the company's culture.

"We measure the impact weather has on our business at a granular level," said Conley. "We measure turf management techniques for energy consumption."

The institution "deeply" values analytics, and data-driven decision making has become part of the company's culture, she explained. Ultimately, this series of experiments have allowed the marketing team to work smarter, instead of harder.

Previous: Univision I Next: Meet the 2020 Genius Awards Winners

Components of a Marketing Analytics Platform

2021 Genius Awards Finalists in the Spotlight