This is the seventh of 11 posts Neustar will be running to highlight the achievements of the 2019 ANA Genius Awards finalists. Winners will be announced during ANA Masters of Marketing Week, Oct 2-5. 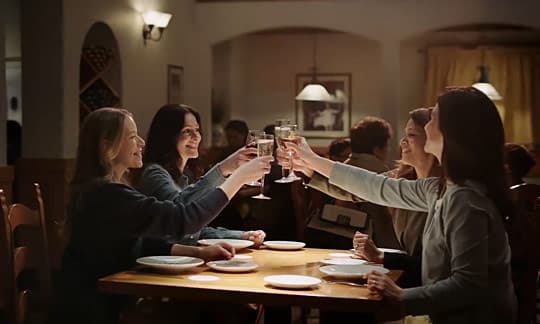 Previous efforts at LongHorn Steakhouse amounted to baby steps in data analytics – they had created a guest database, but were only able to use it for email campaigns and CRM channels, without performing much analysis on how their campaigns performed. Their analysts believed that they could do much better with a foray into paid media, but they needed to build the measurement capabilities to do so.

Analysts began to test their first-party data targeting in concert with a separate third-party campaign that used first-party data. This was a low-risk test, making it the perfect pilot project for analytics.

First, they defined their approach – a programmatic display ad campaign. Next, they decided what to measure. In this case, they looked for a lift in restaurant visits from families that had been exposed to their display ads.

LongHorn Steakhouse wanted to make sure that the ROI in terms of increased visits and customer spend would make up for the cost of media investment, so they conducted a lift study that ensured they could tie their restaurant visitors to their marketing profiles. Lastly, they would compare the results of this campaign to the aforementioned third-party campaign.

LongHorn Steakhouse built a custom end-to-end measurement system which linked ad impressions to restaurant visits. Starting with first-party data from their own database, they were able to tie credit cards used in restaurants to specific households which had been exposed to ads, define their most loyal customers, and create lookalike audiences.

This campaign achieved both quantitative and qualitative success. Not only did the ROI from this campaign greatly exceed the break-even point on ad spend, analysts discovered new and interesting information about their customer base. For example, customers within a certain radius of a LongHorn Steakhouse location were much more likely to convert, and marketers were able to capitalize on this with an ad campaign that alerted users to their nearest steakhouse location.

Ultimately, these campaigns drove a 20%+ lift versus the third-party campaign, with an ROI up to four times greater than ad spend.

For LongHorn Steakhouse, this project represented an Apollo program for analytics. They quickly evolved from using rudimentary methods to targeting high-value prospects with pinpoint accuracy. Even more impressive was their ability, developed in-house, to validate the results of their efforts. The pilot program at LongHorn Steakhouse has attracted attention around the entire Darden Restaurants organization, and more of the restaurant’s sister brands are beginning to copy and refine their work.

Previous: USA for UNHCR I Next: Live Nation

A Strong Marketing Analytics Playbook Leads to a Winning Team