It’s Time to Hang Up on Robocalls for Good

Are we finally making progress in the fight against robocalling? It’s long overdue for an issue that has reached a critical state, with Americans receiving an estimated 2.4 billion robocalls per month in 2016. Unwanted robocalls affect us all – interrupting our busy day and causing us to think twice about answering our phones. Even businesses, hospitals, and schools get a barrage of robocalls.

Combating illegal robocalling is a key priority of the Federal Communications Commission (FCC), with it being the top subject of consumer complaints. Beyond automated calls wasting time and causing frustration, there is a lot of consumer dollars at stake. This is due to caller fraud, like when the identity of the caller is spoofed. Call-spoofing means the number appears to originate from somebody else, and the unsuspecting consumer is then targeted with a variety of scams.

In July 2016, the FCC demanded the communications industry do something. The industry rose to the challenge, with more than 30 major technology and communication companies initiating a strike force to crack down on robocalls. They have been working on implementing several solutions for call authentication; consumer choice; detection, assessment, traceback, and mitigation; and regulatory support to tackle the issue.

The second Robocall Strike Force Report released in April 2017, provides an update on their progress. Here are some highlights on the development of authentications standards and associated testing:

The development of the SHAKEN (Signature-based Handling of Asserted information using toKENs framework) by ATIS-SIP Forum Joint NNI Task Force provides a way to authenticate, verify, and aid in the identification of illegitimate uses of telephone numbers. SHAKEN test plans and implementation guidance have also been developed.

The ATIS Robocalling Testbed, hosted by the Neustar Trust Lab, has been launched for validating SHAKEN standards and testing interoperability of implementations. Testing of SHAKEN via the ATIS Robocalling Testbed is provided at no cost to service providers and vendors through the end of 2017. So far, 13 companies have signed the relevant agreements to participate in testing.

The FCC is also seeking comment on giving service providers the authority to block spoofed calls that purport to be invalid, unallocated or unassigned phone numbers. These are numbers that may be either invalid or unallocated to a phone company under the North American Numbering Plan or not assigned to a subscriber. By allowing service providers to block such calls, scammers can be stopped or deterred. The proposed rules would also allow service providers to block spoofed robocalls when the subscriber to a phone number requests that calls originating from that number be blocked (sometimes called a “Do-Not-Originate” request).

Neustar fully supports the FCC’s cooperation and associated industry efforts. We have been among the pioneers in combating call-spoofing and robocalls. We work with industry groups, service providers and enterprises to combat this nefarious practice. Along with Neustar being the exclusive host for the ATIS Robocalling Testbed through our Trust Lab, our teams co-authored the Internet Engineering Task Force (IETF) standards for call authentication to mitigate the threat of spoofed calls.

Neustar provides 90% of the Caller ID infrastructure in the U.S. that informs the user who is calling so they can decide if they want to answer the phone or not. With the rise in robocalling and call-spoofing, we work with service providers, mobile application providers and enterprises to certify telephone number identity and apply advanced analytics to determine if calling patterns suggest illegal robocalls or potentially fraudulent scams. Through our work with operators and enterprise call centers, we also know which phone numbers are valid. The two-pronged approach of known valid and suspect numbers identified through analytics, provides a good start to what is essentially whitelisted and blacklisted phone numbers. Further, we are also co-developing call authentication solutions with the industry to better ensure numbers aren’t illegitimately spoofed and validate that the identity of the caller can be trusted.

Ajit Pai, Chairman of the FCC, said of the second Robocall Strike Force Report that he is pleased with the significant headway in helping consumers combat illegal robocalls and malicious spoofing, as well as the commitment from the industry to carry this work forward. Neustar is proud to be a part of the progress and is focused on continuing to work with ATIS and other industry partners to keeping moving innovative solutions forward.

The Call Experience Beyond Call Blocking and SHAKEN/STIR

How KBA alone puts your customers at risk 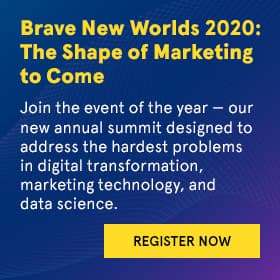