Finally, Proof that Word of Mouth Isn't Just "Nice to Have," But Drives Measurable ROI

Among the key findings from the modeling are: 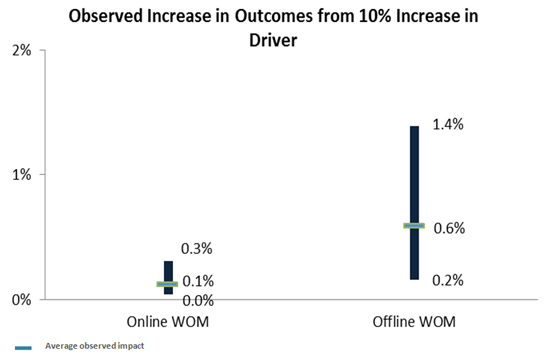 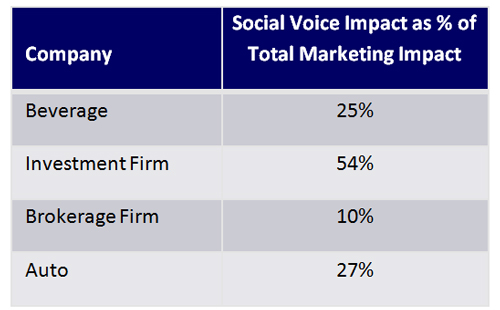 How the model was built: Once the four product categories were selected (see above), MarketShare incorporated Social Voice data into several multi-year modeling data sets that incorporated a large number of potential drivers of sales, including:

MarketShare analyzed the data and developed multivariate and multi-equation econometric models to estimate short-and long-term advertising effectiveness through a series of interrelated equations.

The importance of this analysis is that it helps to move word of mouth from a nice to have activity – who wouldn’t want people to say nice things about their brands? – to one that is understood to be a central driver of marketing effectiveness and sales. It acts as an amplifier of all types of marketing. Only when the role of offline and online word of mouth is understood and treated as a vital strategic asset can brands in today’s consumer marketplace expect to achieve industry-leading return on investment from their marketing investment.

Further, the analysis supports the notion – frequently proffered by Keller Fay, including in our recent book The Face-to-Face Book – that when it comes to social influence, offline WOM can play a bigger and more impactful role than online social media. The central importance of offline, face-to-face conversations and the forces that drive them must be understood and planned for by every marketer interested in maximizing their return on marketing investment.

Finally, Proof that Word of Mouth Isn't Just "Nice to Have," But Drives Measurable ROI

An Open Letter from Neustar’s CISO to our UltraDNS Customers