The infrastructure bill’s broadband provisions are an admirable step toward the full connectivity needed to help overcome the nation’s digital divide. Far too many households remain woefully underserved and cut off from both the internet economy and their own government, and the broadband rollout will be a lifeline for Americans losing out on the benefits and information they’re entitled to from government agencies.

But estimates of the rollout timeframe stretch to 10 years: Spectrum licensing is a complex endeavor, and lengthy local and state approvals risk dramatically slowing down the process. This is no quick fix, as the White House is fully aware – and the bill is recognized as a long-term investment into connectivity that may stretch beyond the current administration. That means underserved communities still need a failsafe in the interim to ensure that they can be contacted by government agencies and receive services and that citizens seeking information can contact agencies in a secure and efficient way. Even if full connectivity is achieved, high-speed internet access will still face skepticism from some. Many Americans, particularly older adults, rely on the phone channel and may not even own a cell phone.

Additionally, incoming phone calls are now unfortunately viewed with suspicion by many, a consequence of the dramatic increase in robocalls and fraud schemes. During the pandemic, Americans lost $29.8 billion to phone scams[i], and robocalls have, unsurprisingly, become the No. 1 complaint[ii] to the Federal Communications Commission. The FCC has taken measures to address this in the private sector through implementation of the STIR/SHAKEN suite of protocols, which seeks to improve detection of spoofed calls, but fraudsters will likely move their operations to other phone platforms such as virtual call apps.

Agencies themselves are also targets. According to a Federal Trade Commission April 2021 report, unemployment fraud attempts increased by more than 3,000% over the course of the year.[iii] It’s more essential than ever that the security and efficiency of the phone channel be bolstered to increase trust. Unfortunately, during negotiations on the infrastructure bill, a digital ID component of the bill – which would have discouraged online fraud and expanded digital public services -- was left on the cutting room floor.[iv]

By barreling toward the broadband solutions and neglecting the phone channel, the government risks leaving some households more disconnected than ever. Complex internet-based authentication systems can frustrate citizens and make them hesitant to get in touch. Plus, the lack of a secure and efficient phone channel will make it harder for agencies themselves not to be scammed. 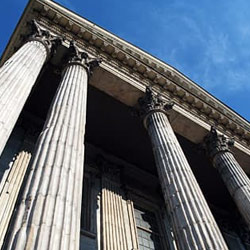 As the infrastructure bill is implemented, a mixture of both citizen intelligence and broader authentication solutions is needed to secure the phone channel and keep lines of communication open between government and hard-to-reach households. To achieve this, agencies need to recognize what does – and doesn’t – work.

Currently, contacting a government agency over the phone can be a frustrating experience. The understandable fear of fraudsters and hackers has made contact centers arm themselves with solutions such as knowledge-based authentication systems that ask for personal information to authenticate callers. This system is inefficient and frustrates legitimate callers. What’s more, the rise of ransomware that has weaponized citizens’ personal information by exposing it to the dark web, renders KBA useless in the face of sophisticated fraudsters.

Ownership-based authentication solutions can reduce this friction and allow agencies to verify callers. These automated processes greatly enhance citizens’ experiences by authenticating the device they are calling from in real-time, confirming legitimacy and determining that calls follow an expected route from one end of the network to the other. This pre-answer authentication overcomes the now-common virtualized call fraud.

For those who depend on the phone channel, either by choice or necessity, ownership-based authentication connects them directly with contact centers by relying on the unique physical tokens of the device they’re calling from, and fraudsters, no matter how hard they try, cannot bypass or manipulate this process. These trusted callers can then quickly be offered upgrades to their service experience, such as updating their contact information or changing their PIN numbers.

If the phone channel is to be trusted once again, calls in the other direction will also require agencies to upgrade their data and intelligence on households. This, in turn, will be vital to facilitating a targeted broadband expansion effort that overcomes the digital divide. Data needed includes the usual: ZIP codes with low-band internet, demographic information and so on. But the most authoritative datasets can infer expected phone usage and determine the “known behavior” of citizens, which can give government contact centers the in-depth details that allow them to predict when they’re most likely to get an answer.

Approximately 35 million Americans move every year, roughly the same number also change their phone numbers and 2 million change their names. With the infrastructure bill now signed into law, governments face the exciting but daunting path of ensuring the data they hold on each household allows them to get connectivity to those who need it most. Much of the same citizen intelligence that enhances trust in the phone channel and makes authentication more efficient will also be essential for making the broadband expansion a success.

Government must invest in these broader authentication and citizen intelligence solutions for contacting households via the phone channel now. The infrastructure bill’s passage is a cause for celebration, and the underserved Americans who will receive broadband will be given a long overdue opportunity to integrate into an increasingly digitized public sector. But the phone channel and broadband go hand-in-hand: securing all communications platforms and enhancing the citizen experience of both contacting and being contacted by agencies will be just as vital a leap forward.

The Value Of STIR/SHAKEN For Inbound Calling